„The quarantine is like a prison at home. But being woman, I’ve been in quarantine already all my life. As a student I was not allowed to go out. No matter, whether it was cold or hot outside, women were supposed to stay at home. Later, when I got married, it was the same. To be honest, I hardly noticed any difference to the Corona quarantine. I’m not allowed to go anywhere, not to the movies, not to the theatre, not to the tavern, not to see friends at home. So what! For me, it’s always been like that.“ 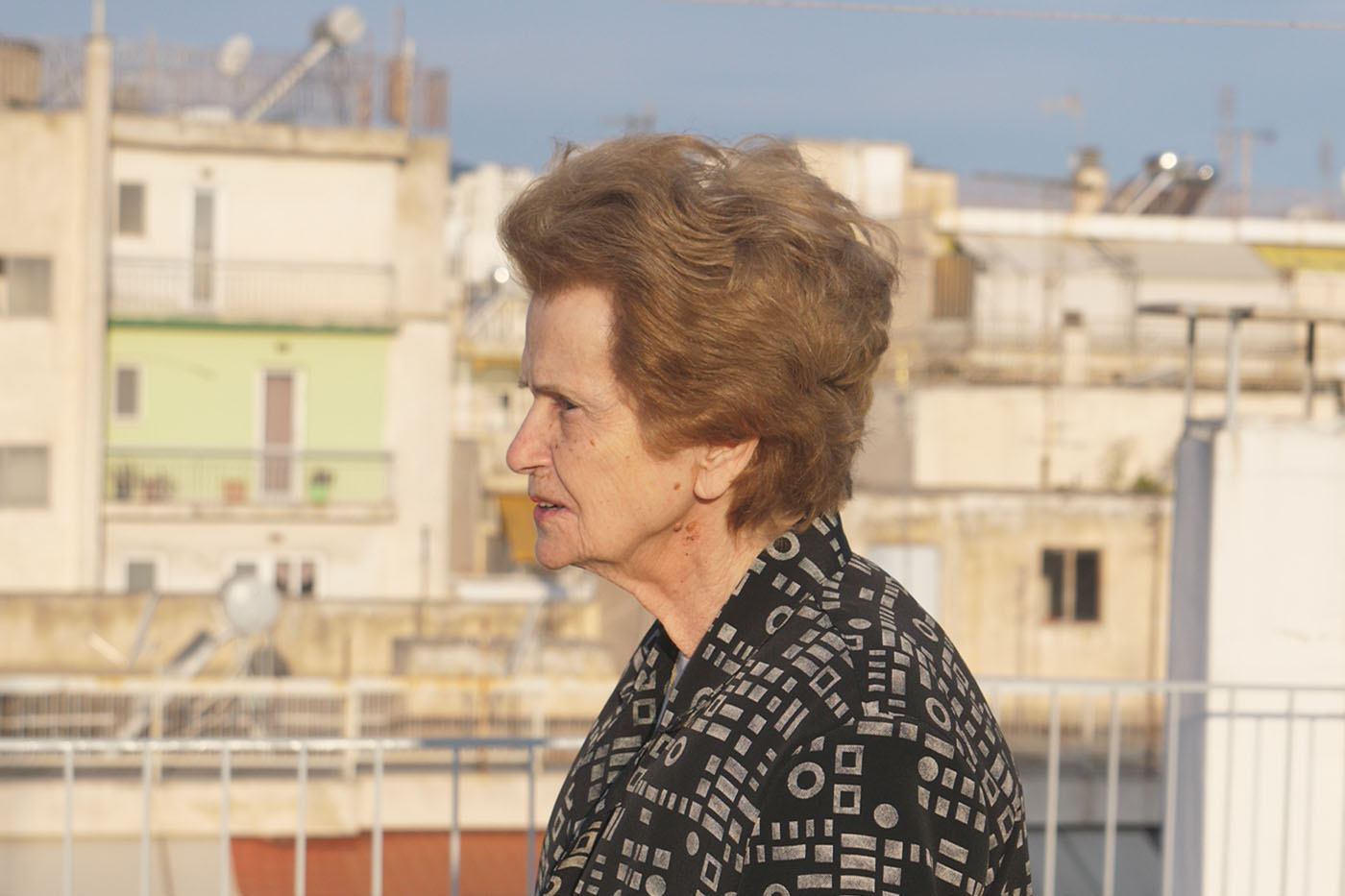 The documentary project WALTRAUD IS GOING FOR A WALK, cinematically accompanies seniors during the Corona pandemic, who due to the fact of being a woman, mostly remained invisible in the 20th century. The breakout of the pandemic in 2020 worked like a burning glass on this invisibility, since the generation that was supposed to be protected from the virus the most, was shut off hermetically thus becoming even more invisible than before. 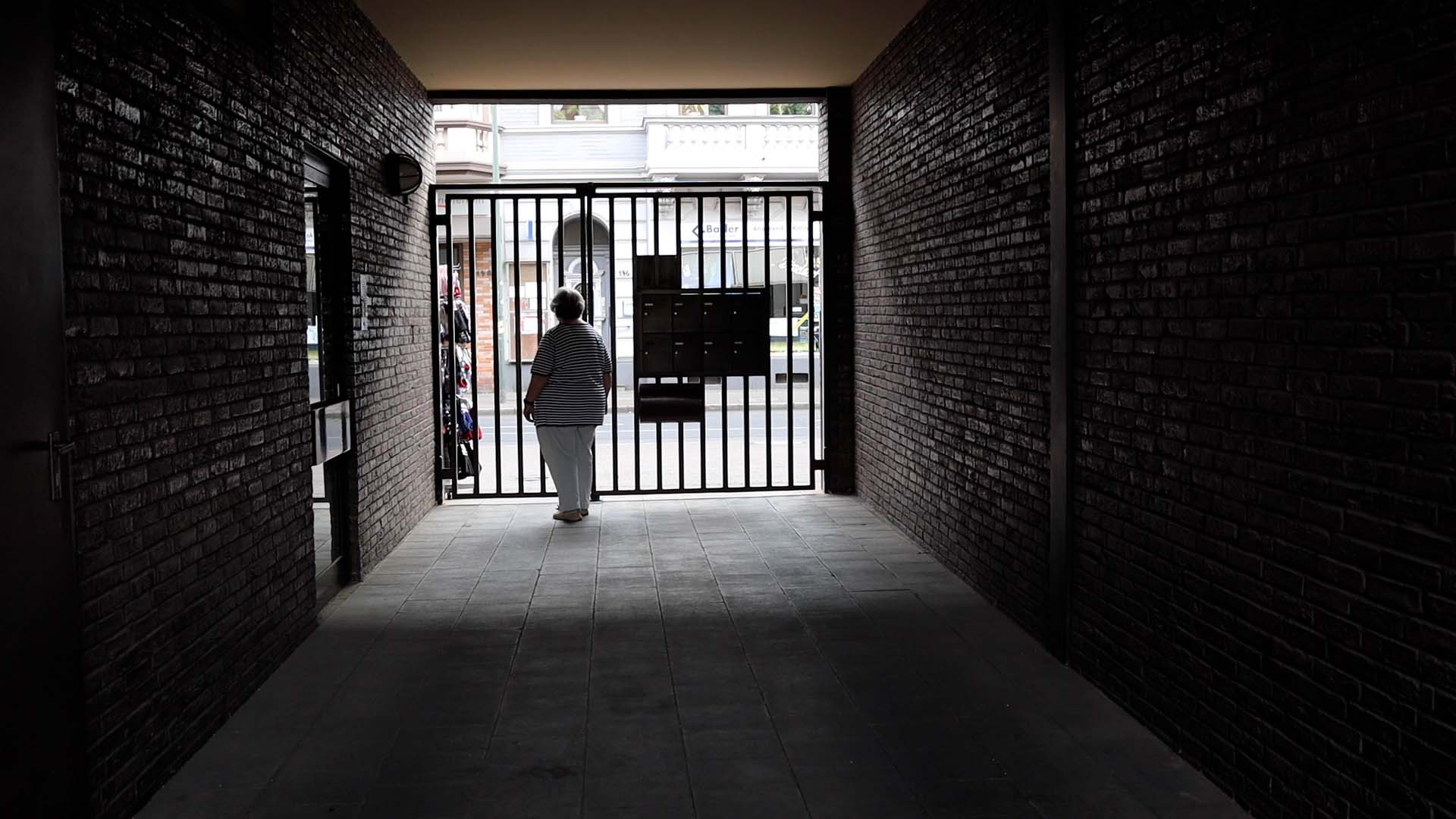 „I had someone visiting me twice since March. But actually I was still always cheerful, not depressed or anything … but I watched so much TV that I got square eyes. Then I went downstairs and worked in the garden. When I broke up with my husband, I also felt a kind of loneliness and didn’t let anyone come near me … also then I always went to the garden.“ 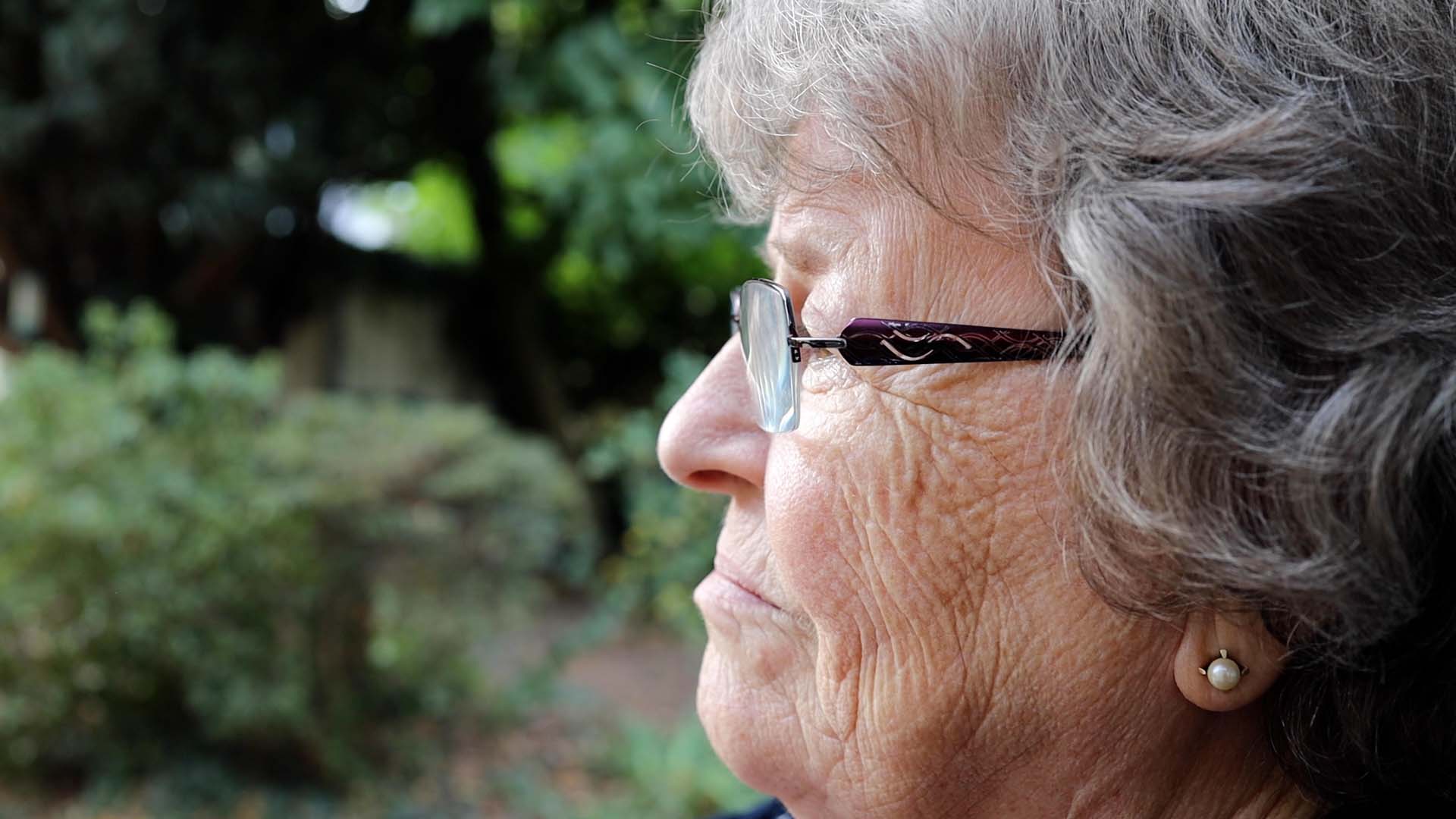 Between September 2020 and September 2021, the filmmakers repeatedly visited 83-year-old Lisa Pohl from Düsseldorf, 67-year-old Ledis Arroyo from Barinas/Venezuela and 94-year-old Efi Pisimisi Mpitha from Athens and they talked about their everyday life. They live alone, have contact to their respective families and experience the pandemic to a great extend from home.
The confinement, the quarantine conditions and the contact restrictions that the women had to struggle with were the starting point for the conversations, but these issues weren’t the only topic, they merely served as a connecting factor. The filmmakers were also interested in the parallels and differences concerning the women’s lives in the past.
Through their protagonists, the filmmakers examined images of women of the 20th century in different parts of the world, in different political systems and religious groups. The social and societal influences experienced by the protagonists were examined for differences and interfaces. The filmmakers ask the following question to the women, to themselves as well as to the audience: How did you become the woman you are today?
At the same time and assisted by international colleagues, the filmmakers did a worldwide research across three continents on the same questions and they recorded short encounters via mobile phone video. Two documentary films, entitled AT HOME and LISA, were developed using this video material, in which the grandmothers of this world, their stories and situations were made visible.